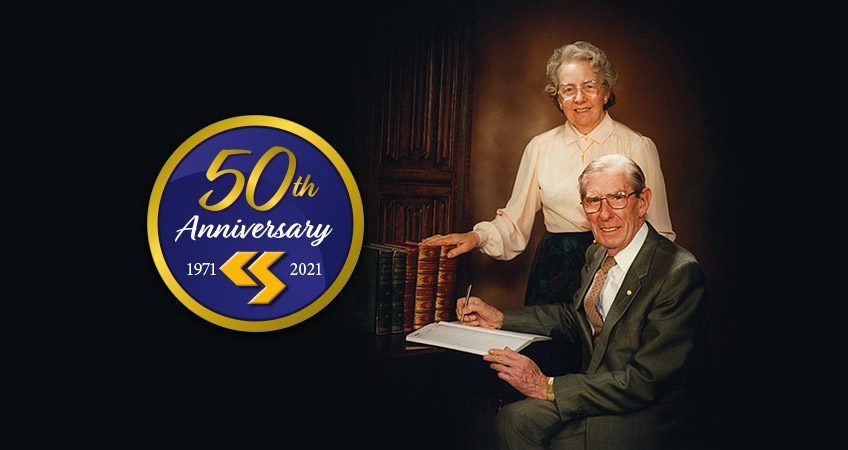 A month later on 11th September 1971, the first invoice was issued – The journey had begun!

This was the first Company bearing the name CABLE SERVICES to be founded by Mr Joe Williams and his wife Lily.

It had long been Joe’s ambition to run his own Company. He had worked in the electrical industry for most of his life up to 1970 apart from the war years when he had served in the Army.

He had a vision of providing a service that would be second to none in supplying and advising the companies who would depend on such a facility. When the opportunity arose to start this company, he grabbed it wholeheartedly.

Ambitious and confident in his own ability to succeed, when Joe Williams was writing out invoice no. 1 on 11th September 1971, was he thinking of the possibility that this would be the first step on a journey that could see “Cable Services” become the most successful and respected Company of its kind?

The Journey has begun

PWR-X Limited complete Lovink Product Familiarisation Course at Wrexham Training School
Cable Services Registered Office : Bridge House, Bridge Road, Wrexham Industrial Estate, Wrexham, LL13 9PS. Cable Services Ltd - Reg No. 05174041 | Cable Services Holdings Ltd - Reg No. 3801731 | Cable Services Investments Ltd - Reg No. 4193837 | All Registered in England.
Terms & Conditions | Privacy Policy
We use cookies on our website to give you the most relevant experience by remembering your preferences and repeat visits. By clicking “Accept”, you consent to the use of ALL the cookies.
Cookie settingsACCEPT
Manage consent

Welcome to the NEW Cable Services website. 2021 is a significant year for the business as we celebrate our 50th anniversary.

Thank you for continuing to support the Cable Services Group.